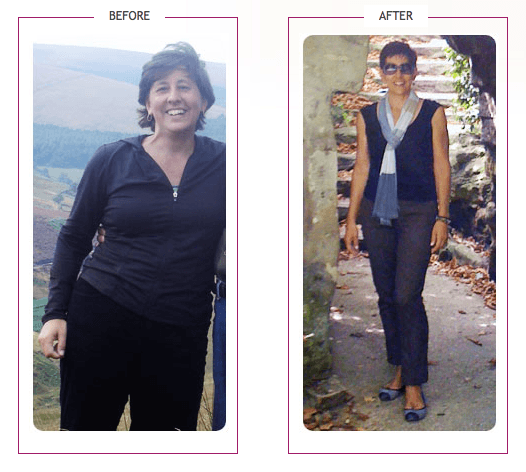 I am age 50, 5’6″ and live in Vancouver, BC Canada. Before I went on the Dukan Diet, I felt like I was helpless and heavy and tired…I had become the grandmother of twins early in 2010, and I realized by Christmas 2010 that I had to lose more weight (I had lost 20 pounds the previous year but was « stuck » half way to my goal) and gain strength quickly, or my grandsons would outrun me soon! Photographs of myself didn’t look like « me »!

Then, on January 7, 2011, I saw a post from a Facebook friend in the south of France, which mentioned that she was going to start the Dukan Diet that day. So, I started researching the diet out of curiosity (and desperation), then headed to the grocery store that afternoon to purchase the Oat Bran and 0% fat yogurt and quark, and lean proteins.

By the end of the first week (2 days of Attack, then Cruise Phase), I’d lost 6 pounds. I was so elated, that it gave me the confidence to keep going. My weight loss perfectly mirrored the Dukan generated weight loss graph during the rest of the Cruise Phase, with an average loss of 2lbs per week. I reached my goal loss of 28 pounds by March 28, 2011. I made it easily through Consolidation, and reached Stabilization early in July 2011, maintaining my « happy weight » of 137-139lbs, which is less than the Dukan Diet true weight. The last time I’d been at this weight was in 1986!

We went to France and Italy in September, keeping to the « spirit » of the Dukan Diet (I packed my Oat Bran!), ate amazing food, hiked in Italy and cycled in Paris, and I didn’t gain a pound!

What I love most about the Dukan Diet is that it challenges me to explore my love of cooking. I have a renewed interest in trying out new recipes, experimenting with new flavours and textures, and expanding my use of fresh herbs and spices and various yogurts.

It is a true slow food diet. I also love the Dukan Galette, which I make it with lots of cinnamon, topped with no-fat plain yogurt and a few fresh raspberries or homemade blueberry compote. It is still my main go-to breakfast!I feel like I’ve dropped 10 years off my age! I can now easily run after the toddler twins, or push their double stroller for miles and not get tired. I feel like I have more energy than when my own children were little.

I have so much energy that I want to run further, cycle further, every day. At work, I’m often called upon to remain awake for 20 hours at a time…and I am much more able to do that now. I certainly don’t feel old any longer. I’m so glad that I finally found the Dukan Diet! I wish it had been around 25 years ago!

My favorite support Dukan food: Dukan galette with cinnamon
My Dukan treat: non-fat yoghurt with a sprinkling of cocoa powder
My favorite form of exercise: cycling
The nicest compliment I’ve been paid: You can’t be a grandmother! You look like their mum!
What keeps me going: Knowing how good it feels to fit into a size 6 pant!
The advice I’d give to other « Dukanians »: Keep with it! The payoff is incredible!!! 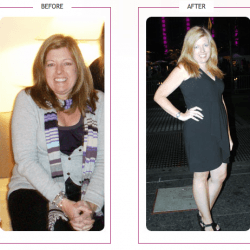 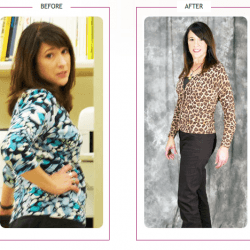 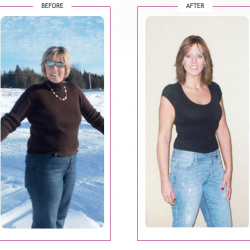