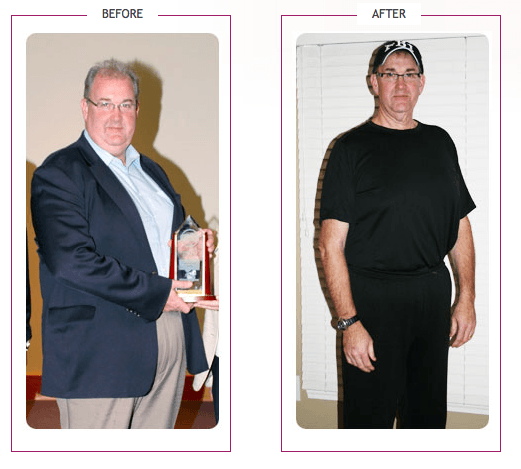 It was October 2010, I was out shopping for a Halloween costume for myself, being a large man weighing 329 pounds I was determined to be a wicked witch. Then the problem, I could not fit in any of the witch costumes I had found. So for the first time in many, many years I did not dress for our local Halloween festivities. Instead, I sat at home that evening depressed and mostly eating candy. The following week, one of my twin 16 year old sons was trying out for the high school wrestling team and informed me he was taking on the challenge, at 128 pounds, to losing 16 pounds in order to fill a team need at 112 pounds. And he did it, safely I might add. Well that was it. I had had it, if he could lose 16 pounds, then I would lose his wrestling weight. So I set out in 2011 to lose 112 pounds.

I started at work in January with a weight loss team contest. Fast out of the gate I lost 16 pounds in the first two weeks and then things seemed to slow way down. At the end of contest eight weeks later I was only down 20 pounds. During March and April I foundered. By the start of May I had gained four of those pounds back for a net loss of 16 pounds. Things were not looking good. Then my sister-in-law talked to me about a diet her and her husband were trying and thought I should look into it. Yes, it was The Dukan Diet. I got the book and digested the words on the page, and by the middle of May 2011, I then went online to calculate my true weight. I printed off my chart setting the roadmap out allowing me to monitor my progress. Then off I went jumping into the Attack Phase. By mid-December 2011 I hit my goal of losing my son’s prior year wrestling weight of 112 pounds. I am now on the Consolidation Phase and will be for the rest of 2012, but it is worth it.

I know it sounds too easy, buy the book, follow the plan and watch the weight fall off. Well it does take a commitment to follow a plan, the plan is easy if you trust it, and once you make that commitment say good bye to hunger and hello to a thinner you. Keys to my success: After several weeks on the Cruise Phase I found lunch was not a priority; I eat a big breakfast, and dinner about twelve hours later. I drink plenty water and diet drinks throughout the day which fills me up during the mid-day period and before dinner. I love sweets and indulge on sugar free popsicles in the early evening, before and after dinner. When I eat dinner, I take my time cutting the lean meats up in smaller than small bites and enjoy each one of them. I work out 30 minutes to an hour every day with a purpose. Lastly, I managed through any weight plateau using the Attack Phase for short periods during the Cruise Phase to help keep the momentum going. By Halloween 2011, I had lost 100 pounds and fit in a little black witch’s dress. Now at 217 pounds, I am at my Junior Year of High School weight, which is about 35 years ago. Best yet, I hear this over and over again, “You look great!”.

The thing I like most about Dr. Dukan’s approach is your weight loss is only the beginning of the plan and his roadmap takes you the rest of the way to lasting weight loss. Other diets I have tried in the past got me most of way but I never knew what to do once I lost the weight. It is never too late to get started. I did it at 51.

My favorite support Dukan food: Greek yogurt, mixed with oat bran and a touch of strawberry crystal light drink mix
My Dukan treat: Sugar Free Popsicles
My favorite form of exercise: Cardio on the ellipical
The nicest compliment I’ve been paid: Wow, you look great!
What keeps me going: My desire to stay healthy for my family and a renewed sense of pride.
The advice I’d give to other « Dukanians »: It is never too late to get started.