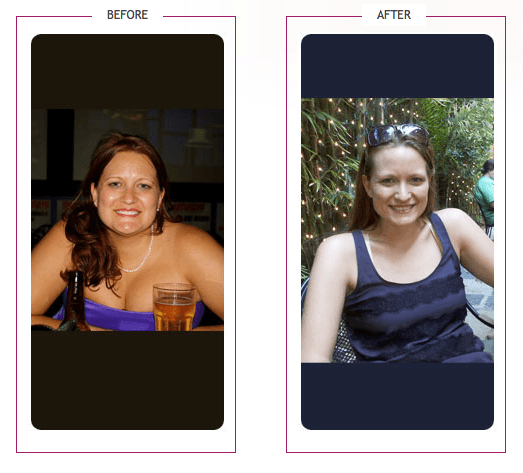 I’ve always been bigger and my mom had called me big boned. A size 14 through high school and college and a few yo-yo diets made my size go anywhere from a 12 to an 18. I love to go out and drink and part, I’m in my 20’s and my only responsibility is to go to work. So, when I moved to New Orleans last year for my job I picked up on the “lets drink and party” right away and gained 20lbs. When my best friend got married in July, we had to send our measurements in for the bridesmaid dress. I was wearing a 16… so figured my dress would be a 16. Wrong. When it finally arrived it was a 22! I laughed and said it’d have to be taken in and I only had 2 weeks until the wedding. I tried it on that night and it just zipped… almost too small.

I couldn’t believe it. But then looking at the pictures from the wedding I couldn’t believe how big I was. I couldn’t escape the wedding pictures, so I vowed to join a gym and lose the weight. A month later I was down 3 pounds and discouraged, plus I had another bridesmaid dress to buy. This one was going to be trouble because the largest size it came in was a 16. So I bought that one but when it arrived I couldn’t zip it. Then I heard about the Dukan Diet and got excited. I calculated my TW and when I saw it said I’d be there in just 8 months I was giddy! I bought the book that day and down 76 plus pounds since the first wedding. I then had to get the second bridesmaid dress taken in about 3 sizes and when I wore it for the second party it had to be pinned because it was falling down.

My favorite support Dukan food: It changes monthly… Right now I’m obsessed with crab salad
My Dukan treat: Homemade SF/FF Vanilla Lattes
My favorite form of exercise: My Bike
The nicest compliment I’ve been paid: Love the skinny ones  But the best is when people compliment my willpower and self-control over food
What keeps me going: That picture from the wedding!
The advice I’d give to other « Dukanians »: Believe. Don’t listen to the haters or even the nagger in your head. Believe that it will work. Believe in yourself and stick to it… and it will. 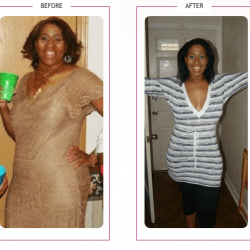 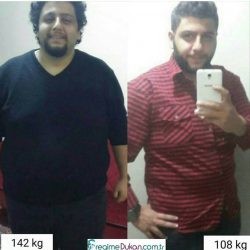 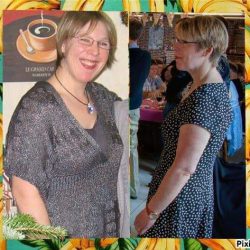